We have all seen advertisements and infomercials about anti-aging “miracles in a jar” or the “magical” laser that erases ten years of aging in one treatment with no downtime. I know I sound like a... Read the full post 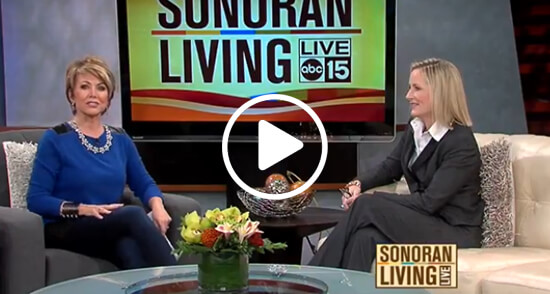 Dr. Flint visited Sonoran Living Live in early January to explain the toll that sagging, loose skin around the eyes can have on a person’s appearance. She outlined her approach to eyelid rejuvenation, which often... Read the full post

Study Proves the Longevity of Facelifts

One of the most common questions plastic surgeons are asked by patients who are considering facial rejuvenation surgery is, “How long will my facelift last?” Until recently, there were no scientific data on which to... Read the full post

The Myth of the “Vampire Facelift”

My desire to prevent patients from investing time and money in unproven facial rejuvenation procedures has reached new heights with the marketing of the “Vampire Facelift.” Unfortunately in my chosen specialty, hype and marketing all... Read the full post

All Facelifts Are Not Created Equal

If it sounds too good to be true, it probably is. When it comes to facelifts, short procedures, with short incisions and short recoveries, rarely deliver on the promises of the providers that offer them.... Read the full post

Is It Too Good to Be True?

Everybody seems to be so busy these days that the desire for a quick result from facial rejuvenation surgery comes as no surprise. I see patients on a weekly basis who express a desire to... Read the full post

The Right Time to Have a Face Lift

Many patients ask me at what age they should consider having facial cosmetic surgery. I wish it were that simple! Everyone ages at a different rate and in different areas of the face. Some patients... Read the full post

How to Look Younger Without the Knife

Who wouldn’t want the option to look younger without undergoing surgery? Even though I am a plastic surgeon, I certainly have studied and personally taken advantage of non-invasive methods to improve my facial appearance. There... Read the full post

Facial rejuvenation is a passion of mine. Because I started out as a head and neck microsurgeon reconstructing difficult defects under the microscope that occurred due to cancers, I developed a fascination with facial anatomy.... Read the full post

Fat Injections Instead of a Facelift

I see many patients who have appropriately done a lot of research on facial rejuvenation surgery before consulting with me. Many times, they have also seen other surgeons. Not an office day goes by that... Read the full post

At the risk of sounding like a broken record, I have to comment on the very latest “non-invasive facelift” technique. Ulthera is an ultrasound device that is applied to the skin with a smooth probe.... Read the full post

There aren’t too many people I know who would not partake of a fountain of youth if it became available, but when it comes to aesthetic medicine and surgery, it seems that the cart sometimes... Read the full post

Not a day goes by in my office without someone asking me if a “liquid facelift” would work for them. It’s no surprise patients ask about this option, as it has been promoted in the... Read the full post

I recently read an article in Town and Country Magazine regarding various injectable wrinkle fillers. It contained some valuable information, but some of the implications concerned me. I use filler injections in the majority of... Read the full post