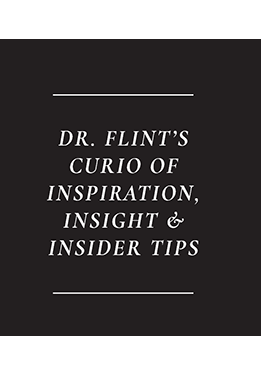 Many women who see me in consultation tell me their breasts looked good until they had children. Breastfeeding can lead to undesirable changes. Certainly, childbearing and breastfeeding are wonderfully positive experiences, but it doesn’t seem like you should be left with lifelong undesirable changes in your breasts because of them. Not to worry, there is a solution.

Cosmetic breast surgery following childbearing comes in different types. Some women only lose size, some maintain their size but develop drooping, and some suffer from both a loss of size and shape. Talking to a board certified plastic surgeon about your goals of breast surgery and letting her perform an exam will help ensure you obtain the desired result from surgery.

Hormonal changes following the completion of childbearing result in breast tissue shrinkage. Most women notice the decrease in size and desire their pre-pregnancy breast size restored. Others who breastfed enjoyed the extra size they had during breastfeeding and desire to retain it long-term. In either case, getting breast implants is a good option. The implants are inserted through a small incision in the crease underneath the breasts. They are placed under the chest wall muscle so as not to interfere with mammograms and so that they look and feel natural. The volume of the breast can be restored or increased depending on the patient’s desire. The procedure is performed as an outpatient during a less-than-one-hour general anesthesia. Soreness resolves in about a week and resumption of exercise and lifting is allowed at three weeks after surgery. The breasts regain softness at about three months post-procedure.

In some women, the skin does not snap back after it has been stretched. As the breast tissue shrinks, the skin becomes too large for the decreased breast volume, and the nipple and breast drop below the crease underneath the breast. This results in a deflated, droopy appearance. In this instance, an implant alone will not restore the pre-pregnancy shape of the breast, because the implant does not by itself result in the nipple and breast tissue assuming a higher position on the chest wall. The excess skin must be removed with a breast lift or mastopexy for the shape to be restored.

Breast lifts come in different varieties. Some are promoted to provide a shorter scar than a standard “anchor” scar. I have performed many short scar breast lifts, including both the “donut lift” and the “lollipop lift.” The first involves an incision around the areola only, and the second has that scar as well as an extension from the bottom of the areola to the middle of the crease beneath the breast. In very small-breasted women who do not need much lift, either of these lifts can perform well; however, most of my patients want larger breasts and need to be lifted a fair distance. In this scenario, the short scar lifts do not hold up over time and result in undesirable trade-offs, such as stretching the areolae over time or flattening the front of the breast. I strongly prefer the gold standard “anchor lift,” which involves the lollipop scar with a horizontal extension across the crease underneath the breast. With this lift, the areolae are permanently downsized, and the breasts stay lifted over a long period.

It is common for an implant to be used at the time of a breast lift to improve long-term fullness in the area of the breast above the nipple. Without an implant, this area tends to lose its fullness over time. Even in women who want to remain the same size and just be lifted, an implant can be used and any unwanted increase in size can be removed by downsizing the glandular tissue during the surgery.

These procedures are performed as an outpatient under a two-hour general anesthesia. The post-operative soreness is mild and similar to recovery from breast augmentation alone. A sports bra is recommended for three weeks, and exercise and lifting may be resumed after this period. Shape takes about three months to reach its final form.

There is really no reason to be unhappy about the size or shape of your breasts following childbearing. In a brief outpatient procedure, you can regain what you lost, or improve it.